Spring is here, more or less, and summer is just around the corner. We are looking forward to getting back to relative normal-ness, and we have a bunch of Colorado shows in the works. Next up we have our annual spot kicking off the Boulder Creek Festival on Friday, May 27, followed by a “Pickin’ On Hippies” show at Cervantes in Denver. We’ll also  be heading up to Alaska for a run of shows around the Summer Solstice in June. Hit our upcoming shows page for the details!

And check out our Acapella quarantine vid
of the Grateful Dead’s “Attics of my Life”: 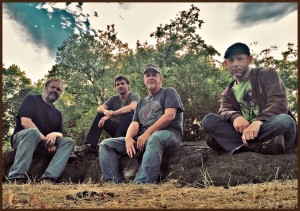 WHO, WHAT, WHY, AND WHERE

The Deadphish Orchestra is a quartet of Colorado musicians who, above all, are close friends who have played together for many years. They had played Grateful Dead songs together, and they had played Phish songs together.  But they got to wondering what would happen if they tried to merge the music of these two bands, the Granddaddies and Daddies of the jamband scene.

While these two bands have their surface similarities, most fans realize that their actual musical styles are quite different. The Grateful Dead are an earthy, folky, bluesy band where Phish is sharper around the edges–funky and more aggressive. But both bands have an improvisational approach to their live shows, and it is in that spontaneity where the magic really happens.

The guys in DPO have posed themselves a unique challenge in merging the two styles.  Setlists end up with segues that look like Divided Sky > Morning Dew > Divided Sky, or Help  > Slip > Frankenstein.  Or how about Mike’s Song > Stella Blue > Weekapaug Groove.  Or even stranger, like My Friend, My Friend of the Devil…or It Must Have Been The Roses Are Free.  You can see that between the vast repertoires of the two bands, the possibilities are endless.

It’s just about as much fun as humans are allowed to have.

We are fortunate to know a lot of great musicians here in Colorado and elsewhere, and one of our favorite things to do is invite guest musicians to join us for songs, sets, or entire shows.  DPO has had many guest musicians onstage with us, including:

Go to our YouTube and Audio pages for video & audio of many of these shows!

Get an extremely rare email from DPO!